Calc Phos. is a homeopathic remedy for deficient or poor nutrition. Its picture encompasses the basic structural and developmental pathology such as late dentition, bone disease, non-union of fractured bones, and the anemias after acute diseases and chronic wasting, cold extremities and weak digestion. Swollen glands are yet another symptom, this it shares with Calc. carb. Calcarea phos. symptoms are worse from any change in weather.

Calc. phos. has a strong affinity with bone growth and repair of the cells in the body. Poor, inadequate nutrition and impaired, slow development may benefit from this remedy; hip disease and brittle bones may also benefit. It is the remedy for weakness following acute and chronic illness and also for nutritional disorders and malabsorption in puppies. It is an excellent remedy when dogs are teething. Rheumatism appearing in any change of weather.

Gravel, kidney stone and renal calculi. If a urine analysis shows high phosphate levels this is always an indication that the animal needs Calcarea phosphorica 6x to restore it to a normal state.

< Worse: From exposure to damp, cold and changeable weather; from wind, and from melting snow.
> Better: In the summer; and in warm, dry atmosphere. 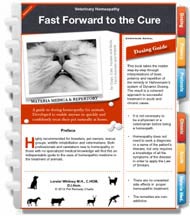